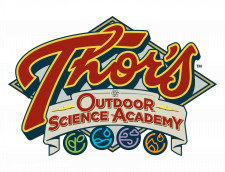 ANNANDALE, N.J., June 15, 2021 (Newswire.com) - Thor's Outdoor Science Academy™ announced today that its episode "Hot Sauce" has been named a Silver Winner for Non-Broadcast, General-Nature/Wildlife in the 42nd Annual Telly Awards. The Telly Awards honors excellence in video and television across all screens and is judged by leaders from video platforms, television, streaming networks and production companies.

In 2020, Thornton "Thor" Giese developed his own series of experiential science videos, Thor's Outdoor Science Academy™, which was picked up by the Emmy-winning Into the Outdoors network, which currently airs on PBS in 27 states, plus Washington, D.C., and Puerto Rico. The science academy tackles the elements of earth, air, fire and water in fun and relatable ways. Exploring these elements through science, history, language, food and great stories, Thor taps into his experience as an archaeologist and museum educator to bring the subjects alive for the audience.

"I am so blown away and honored to be recognized with a Telly Award. It has been a remarkable year and validates all the hard work my team and I have done to create fun, engaging and educational science videos. I am so proud to be a part of the esteemed list of winners."

"In the face of a year like no other, Thor's Outdoor Science Academy™ has continued to defy the limitations of our new world, in continuing to create compelling and engaging work," said Telly Awards Executive Director Sabrina Dridje. "This year's submissions doubled down on what we already know about the industry. Creativity cannot be stopped. Collaboration will always prevail. New ideas and stories will always find a way to break through to an audience."

On his website, Thor features his science and cooking segments, as well as recommendations on books, podcasts and other ponderings.

Combining his love for science with a passion for education, beginning in 2020, Thor developed a series of experiential science videos, Thor's Outdoor Science Academy™, where he tackles the elements of earth, air, fire and water. Exploring these elements through science, history, language, food and great stories, Thor is entertaining and educating viewers of all ages on our great big world of yesterday, today and tomorrow.

About The Telly Awards

The Telly Awards is the premier award honoring video and television across all screens. Established in 1979, The Telly Awards receives over 12,000 entries from all 50 states and five continents. Entrants are judged by The Telly Awards Judging Council — an industry body of more than 200 leading experts including advertising agencies, production companies, and major television networks, reflective of the multiscreen industry The Telly Awards celebrates. Partners of The Telly Awards include Ghetto Film School, We Are Parable, LAPPG, NAB, Stash, Storyhunter, NYWIFT, Production Hub, IFP and Social Media Week.